How A Creepy Doll Taught Me Mindfulness 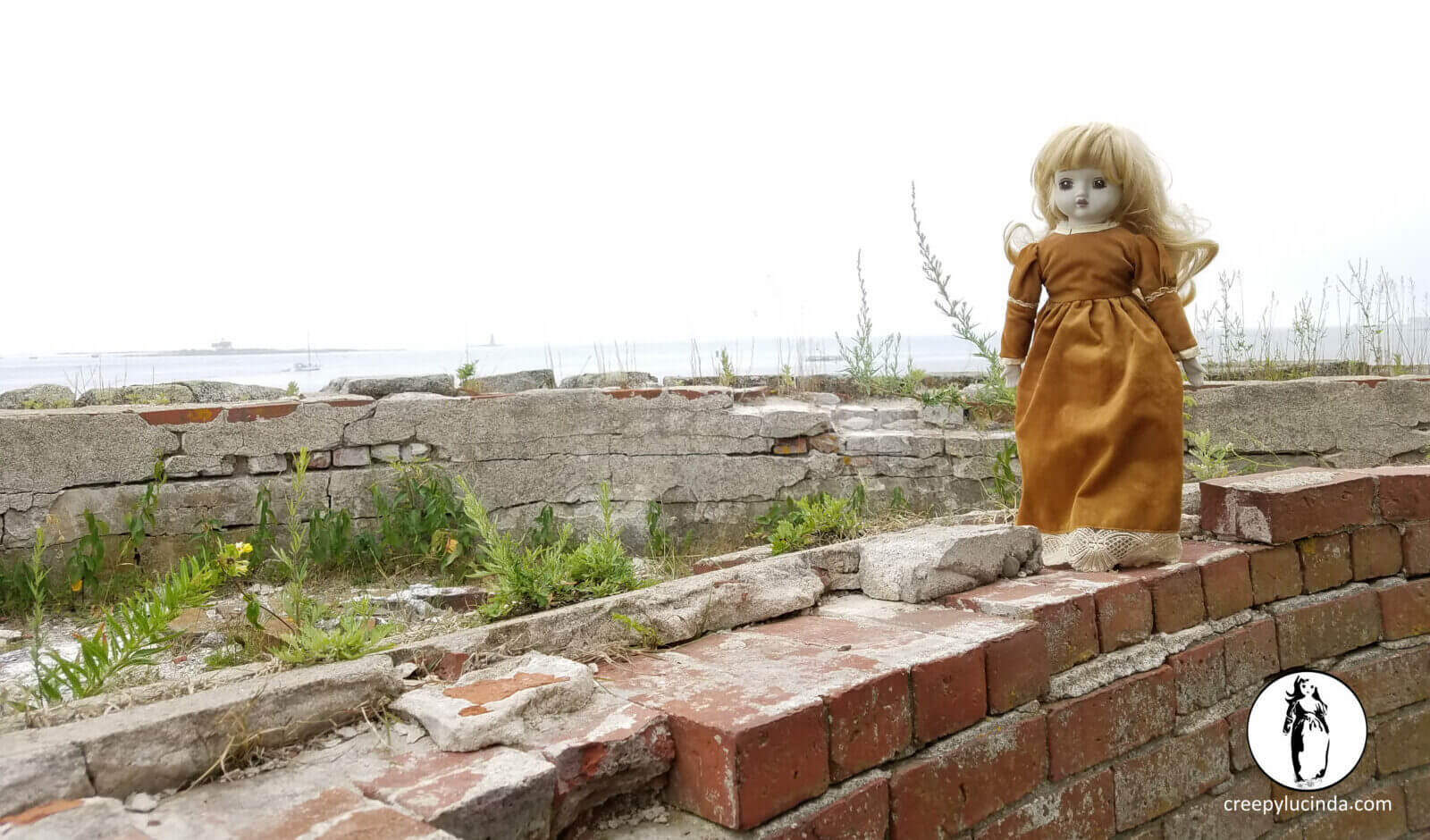 We found her in an antique store, my brother and I.

She was easily the creepiest thing I’d ever seen in real life. Her skin is unpainted porcelain. Her eyes too wide. Her lips an odd purpley color. She wears a faded velvet dress the color of doe skin.

From the moment I saw her, I knew she was coming home with us. In the car, I buckled her into the middle seat for safety. I named her Lucinda.

For more than a year, Lucinda, or Creepy Lucinda, as she came to be called, was shuttled back and forth between my brother and myself as we moved around the country. My brother is a pretty accomplished amateur photographer, and we had this idea that we’d create some kind of creepy photo project with her.

Considering we live hundreds of miles apart, this was difficult.

Eventually I decided I was tired of waiting. Lucinda should come out to play. I found an antique suitcase to carry her in and started dragging her everywhere with me.

That’s when things got interesting. With Lucinda around, I looked at the world in a different way. Every building I passed, every play of light and shadow, every quirky roadside spot, became a place to pose Lucinda.

You hear people talk about mindfulness all the time. They mention yoga, meditation, breathing techniques. And all of those are great. I’ve used many of them myself. But nothing has ever made me notice the shadow of a tree on a brick wall the way Lucinda did.

I’m not saying you should rush out and scour antique stores for a creepy doll. I just hope you’re wondering: what can I do to make myself more aware of the world around me?